For 30 years, Didlake has provided cutting-edge custodial services for federal sites throughout the Baltimore-Washington and Hampton Roads, Va. metropolitan areas. Altogether, Didlake’s custodial contracts employ 752 people with significant disabilities. Learn about the history of Didlake’s custodial contracts with notable federal sites and the programs, historical events, and management styles that make it all possible. 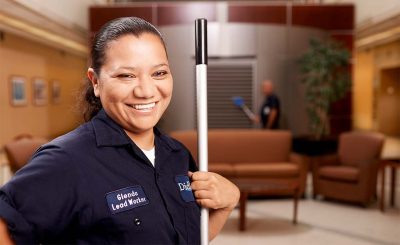 Altogether, Didlake’s custodial contracts employ 752 people with significant disabilities. In addition, Didlake employs another 300-plus people with disabilities who provide administrative (such as document imaging) and IT support, logistics (such as warehousing) and other facilities management support services (such as grounds maintenance).

“Didlake has been awarded some rather prestigious contracts – not just in custodial; however, custodial is our largest line of business. We’ve flourished in this industry because of the systems we’ve put together as a team to make us one of the largest providers for this line of business in the country. It’s a complete team effort from board support to contract operations management staff to interdepartmental support of contract operations,” said Mike Payne, Vice President of Contract Operations.

The History of Didlake’s Custodial Contracts

Didlake started work on its first custodial contract in 1990 at the Marine Corps Base in Quantico, Va. Today, Didlake continues to provide vital support for the military by keeping the Quantico commissary clean for military families to grocery shop. In 1992, Didlake added two more custodial contracts – for the Army National Guard Readiness Center in Arlington, Va. and the Washington Headquarters Services at the Pentagon. Didlake’s team initially cleaned three floors at the Pentagon; a fourth was added later and the scope of work gradually increased. Didlake’s 148-member team at the Pentagon now cleans 2.6 million sq. ft.

Anil Emmatty, Program Manager, who was in the Pentagon with his team during the terrorist attack on September 11, 2001, recalled, “Ten people returned the very next day and most shortly thereafter.” Emmatty noted that the team showed similar dedication during the anthrax attacks that followed a few weeks later and the D.C. sniper attacks in 2002.

“I’ve been in the custodial business for 25 years and have worked for many of the larger U.S. companies. Our team’s attention to detail, willingness to work and dedication to the job are unmatched. Plus, our turnover rate is significantly less than in the commercial environment,” said Ron Estep, Director of Contract Operations. “Our custodial positions are also excellent jobs, with entry level positions paying as high as $16.00 an hour. In addition, we provide free medical insurance, 10 paid holidays per year, and a 401(k) with company matching contributions.”

Increased Presence at Federal Sites During the COVID-19 Pandemic

Didlake’s team at the Pentagon and other federal sites have risen to the occasion once again during the COVID-19 pandemic, increasing the frequency and thoroughness of cleaning and disinfecting where needed. With heightened safety protocols, including increased use of personal protective equipment, people with disabilities are once again keeping critical federal sites clean, safe and operational.

“The main thing with disinfecting that many people don’t understand is that it has to be done in two steps. First, we clean the surface to remove the particulates and any dirt on the surface so that when we disinfect, we’re getting the entire surface. Otherwise, germs can hide under particulates, such as in a cafeteria where the food residue or other soil would cover the pathogen. Then, we spray on the disinfectant and allow it to dwell – saturated – for 10 minutes. Our team continues to work during this time, then returns to wipe it off,” Estep said. Didlake uses a disinfectant that is registered with the Environmental Protection Agency for use against SARS-CoV-2, the coronavirus that causes COVID-19. It is also approved by the American Chemistry Council.

The Quantico contract was Didlake’s first contract through the federal AbilityOne® Program, which is among the nation’s largest providers of jobs for people who are blind or have significant disabilities. Fast forward 30 years, Didlake is a top AbilityOne producer as a SourceAmerica®-affiliated nonprofit.

“Of course, we wouldn’t be where we are today if it weren’t for our employees,” Payne said. “Our success is a reflection of our investment in our employee’s success on the job. We’ve incorporated an extensive quality control system with standard operating procedures for every task we perform. We’re highly committed to sustainability and we’ve achieved gold status as part of SourceAmerica’s Quality Work Environment (QWE) initiative.”

Through ISSA, the Worldwide Cleaning Industry Association, Didlake has Cleaning Industry Management Standards (CIMS) – Green Building (CIMS-GB) certification with honors for all of its custodial contracts. Implementation of the standard establishes Didlake as a high-performance, customer-centric organization with consistent, quality services. As a CIMS-GB certified custodial services provider, Didlake demonstrates its commitment to green cleaning and sustainability, and assists customers with achieving the maximum number of Leadership in Energy and Environmental Design (LEED) points. Didlake first achieved CIMS-GB in 2013 and completes a recertification process validated by a third party every two years.

CIMS-GB certified that Didlake standardized all custodial operations across all sites, ensuring consistent delivery of services. For example, janitorial closets and carts across all sites have the same basic set-up with the same green chemicals. Additional supplies are added if needed to meet specific customer requirements. Another key component of Didlake’s quality management program is its use of CleanTelligent® Software to build custom checklists, broken down to very specific tasks, for the services performed. An inspector reviews the work performed and, for each task, notes if it met a standard or if there is any deficiency. If anything needs to be fixed, the system generates a work order.

For more than a decade, Didlake has performed custodial services 24/7 at a Capital Region location for the GSA Facilities Program Division. Didlake provides historic preservation cleaning in addition to above-standard custodial services for now more than 800,000 sq. ft – double the magnitude at the contract start.

When it comes to square footage cleaned, Didlake’s largest custodial contract is for NAVFAC Mid-Atlantic. Didlake and a subcontractor provide mobile custodial services for nearly three million sq. ft. at five bases in a 50-mile radius. When the contract started in 2015, it created more jobs for people with disabilities referred by the Virginia Department for Aging and Rehabilitation Services (DARS) than any other contract in DARS history. The contract currently employs 113 people with significant disabilities. Didlake services the sites at Oceana Naval Air Station, Fleet Combat Training Command Dam Neck and nearby Norfolk Naval Shipyard. VersAbility Resources, the subcontractor that also employs people with significant disabilities, manages sites at Naval Weapons Station Yorktown and the Cheatham Annex. Didlake also performs custodial services on separate contracts at numerous Naval bases throughout the region.

“Our custodial business enriches the lives of hundreds of people with disabilities who provide a mission-critical service for customers in integrated settings at prominent federal sites,” said Valerie Spencer, Director of Business Development. “As a business line, custodial creates the most jobs simply because you need a lot of people to run a custodial operation. While our other business lines and commercial initiatives diversify opportunities, there isn’t another type of job that brings in this quantity of positions. Hitting 30 years in this core business line is certainly a notable achievement.”

Didlake Partners with Hylton to Provide Sensory Friendly Performance of Oklahoma! on July 22, 2017 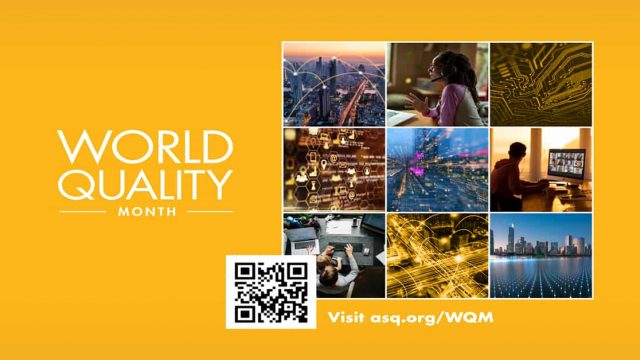