For nearly three decades, Richard has demonstrated exceptional dedication to his job supporting three of Didlake’s AbilityOne Program custodial contracts in the Greater Hampton Roads area, Va. In honor of his accomplishments, Didlake recently nominated Richard for SourceAmerica’s William M. Usdane Achievement Award, which recognizes an AbilityOne Program employee with a disability who has exhibited outstanding achievement and exceptional character. 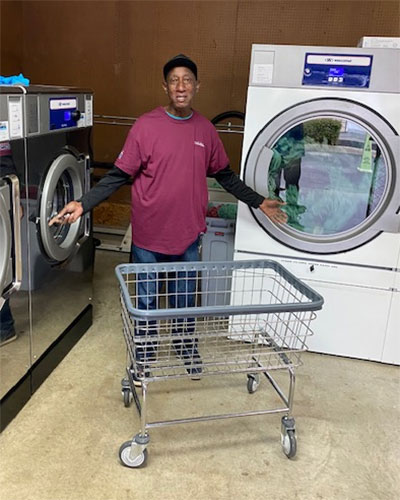 In honor of his accomplishments, Didlake recently nominated Richard for SourceAmerica’s William M. Usdane Achievement Award, which recognizes an AbilityOne Program employee with a disability who has exhibited outstanding achievement and exceptional character.

“He’s been with us 28 years; three years of that was with Diversified Industries [which Didlake purchased] and 25 with Didlake. His job supports 141 employees, from providing laundry services to dispensing supplies and equipment to each of the vans supporting Little Creek JEB, Boon Medical Clinic and Navy Exchange Command. He’s an extremely hard worker. Nothing happens here without him making it go,” said Ron Estep, Director of Contract Operations, Didlake.

Richard arrives early to ensure that the first mobile crews are equipped with all needed supplies and makes sure everything is in place for the next shift before he leaves for the day. In addition to his regular duties, Richard is known for taking the initiative to resolve any issues and seeking ways to maximize efficiency and improve safety. He takes great pride in his work and serves as a role model for others.

Richard doesn’t limit himself to what he’s assigned to do. If he sees something that needs fixing, he is going to try to fix it. If it’s just a lightbulb that is out, he’ll take care of it. He feels responsible for everyone for their safety. When he sees that something isn’t working right, it’s just an automatic for him to report it first and, if he has an idea of how to fix something, he’ll do something about it,” said Warren Freeman, Richard’s supervisor for the last 10 years.

When Didlake decided to upgrade its laundry operation from residential washers and dryers to commercial equipment last year, Richard provided input that optimized space and enhanced the operational flow of the laundry room. He also gave recommendations for the layout of designated storage areas to improve the flow of supplies going in and out of the warehouse.

“When we talked about moving to commercial machines, he had some ideas about how we could do it. He helped us design everything and, based on everything he knew about where the plumbing lines ran, it made it easier to get everything in the plan and bring it online. So, we now have two commercial washers and dryers able to handle all three contracts,” Freeman said.

“I like to put supplies in the warehouse and work in the laundry room with the updated machines Mr. Warren provided me. I’m the right-hand man. If something needs to be done, I probably have a solution,” Richard said.

Richard is also credited for enhancing the safety of personnel making deliveries to the new warehouse loading dock. To address a height issue with the loading dock, Richard recommended adding a sub-ramp that significantly enhanced the safety of the delivery truck platforms and offloading of supplies on pallets. His idea included marking safety limits for truck safety chocks and loading dock guards for adjusting the new auxiliary platform location. The additional safety precautions reduced the possibility of injury to personnel as well as minimized the time to offload and store supplies.

“We had a primitive laundry room that Richard ran for about nine years. We looked at moving into the warehouse and a lot of his ideas were thrown into that new building — the way we were going to be storing the equipment and supplies, how we set up the shelves, and how we were going to issue the supplies; they were the culmination of his ideas we’d heard over the years. A lot of what we are doing right now is due to his continual desire to improve what we do day in and day out. He’s a person you can’t ignore when he’s bringing you all these ideas. He’s telling me, ‘boss man, we need to be doing this or that, and if we had bigger this and bigger that, we could do 10 times what we do,’” Freeman said.

Richard was also instrumental in boosting the productivity, self-esteem and overall work experience of a co-worker with a significant disability. To help the individual with counting cleaning rags, Richard suggested using a scale system to improve accuracy and efficiency. Rather than counting 25 rags, the co-worker adds rags to a digital scale until it reads 2.5 pounds.

“People respect him for his longevity. They know he is someone who is looking out for them and they respect that. From his experience and knowledge, he’s always making the job better and easier, and making sure we’re doing the right things,” Freeman said.

“When I give him ideas, Mr. Warren tries it, so I give all the credit to him,” Richard said. “Didlake took me under their wing and got me to where I am today. The three people who I mentioned are the ones who put me to where I’m at today – Mr. Warren, Mr. Joe Lewis, and Mr. Ron.”

When he’s not working, Richard enjoys riding a motorized, three-wheel trike in downtown Norfolk and along the sea in Virginia Beach. He also enjoys fishing at Harrison Fishing Pier in Virginia Beach with several other colleagues.

“We’ve been having so much fun. I’ve been fishing for almost three years. I like fishing off the pier and surf-casting. It’s better when you go out on a boat with friends and see who catches the biggest fish,” Richard said.

“I have one daughter and nine grandkids, and the babies are having babies… five great-grandkids! That’s a lot of kids! It keeps me going,” Richard said.

“That’s why he comes to work!” Freeman added. 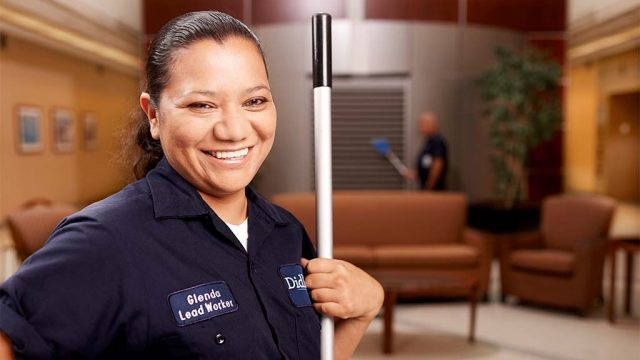 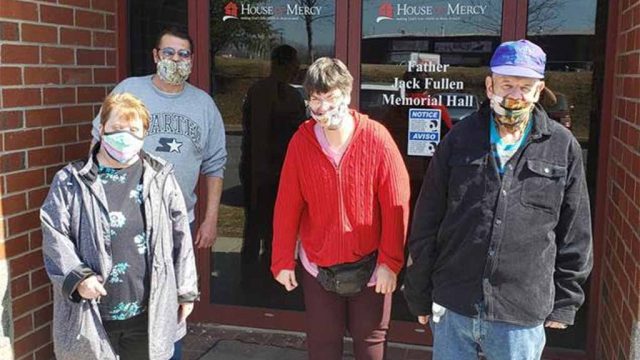