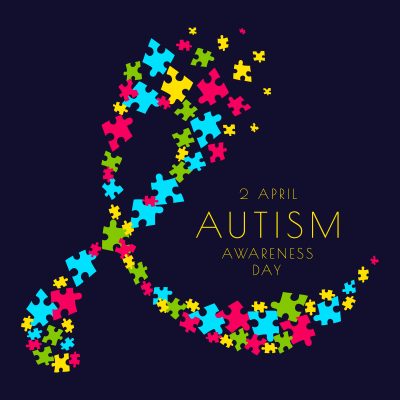 The United Nations points out that “For many people on the autism spectrum, access to affordable assistive technologies is a prerequisite to being able to exercise their basic human rights and participate fully in the life of their communities, and thereby contribute to the realization of the SDGs (Sustainable Development Goals). Assistive technology can reduce or eliminate the barriers to their participation on an equal basis with others.”

“On World Autism Awareness Day, we speak out against discrimination, celebrate the diversity of our global community and strengthen our commitment to the full inclusion and participation of people with autism. Supporting them to achieve their full potential is a vital part of our efforts to uphold the core promise of the 2030 Agenda for Sustainable Development: to leave no one behind,” stated Secretary-General António Guterres.

Didlake is proud to celebrate World Autism Awareness Day and World Autism Month. Every day we support individuals with autism spectrum disorder (ASD) who are a part of the Didlake community through The Didlake® Autism Center of Excellence. By expanding awareness, advancing knowledge and understanding of ASD we are creating more inclusive communities.

Send Us a Message or Request

Our programs and services help people find competitive employment and get engaged with their community. We collaborate with community members and local businesses to further our mission and successfully effect change.

We want to be sure we provide the information you need to solve your problems and answer your questions. Please use the form below to send us your questions or requests.

Our business development team can help you identify solutions to meet your business service needs. Complete the form below to start the conversation.

Please provide the following information and we will contact you to discuss your needs.

Didlake has helped thousands of people move through the employment process and become successfully employed. We’re here for you — to answer your questions, address your concerns, and help you understand how to utilize the resources available to you.

Please complete the form below to request additional information about Didlake Employment Services.

Request Information about Employment at Didlake

We are ready to answer your questions about job opportunities at Didlake. Complete the form below to contact us and get the help you need.

Create an Opportunity — Support Our Mission

We create opportunities that enrich the lives of people with disabilities. Creating opportunities for employment, community engagement, and personal growth is what we do every day.

You can join us and help change employment and life outcomes for people with disabilities. Together, we can create an inclusive diverse workforce and vibrant communities.

Didlake Day Support Services provide opportunities for people with disabilities to optimize their personal, social, and vocational skills. Our services focus on personal growth and learning to promote living a full, responsible, and productive life.

We provide a supportive environment and encourage individuals to experience new things. All individuals are active participants along with their family members, support coordinators, and direct caregivers in the development of their specific program plan. Program plans support the specific needs, desires, and interests of each participant.